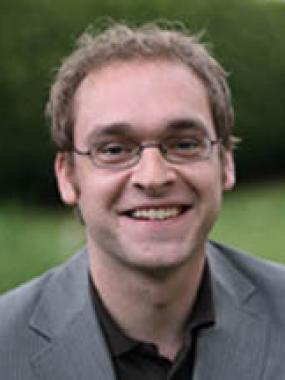 Born in 1981 in Nördlingen; received his first lessons in violin when he was 6 years old; changed to piano when he was 13 years old; at the age of 12 first attempts of composing; 2002 – 2003 he visited the music college in Dinkelsbühl and Krumbach for piano studies under Pavol Kovac. In 2003 he changed to the university for music Augsburg and studied there under Hanae Nakajima and Ernst Mauss. After his piano diploma in 2007 he worked as repepiteur at the chamber opera in Munich (Kammeroper München). Participation of numerous master classes and workshops for example under Prof. Tatjana-Fedkina-Malinin, Prof. Rudolf Jansen und Christian Halten (additional composer of Hans Zimmer). 2008 studies in soundtrack and sounddesign under Prof. Cong Su (Oscar-Winner), Prof. Matthias Raue and others at the film academy of Baden-Württemberg. Recordings and premieres for instance for the Bruckner-Sinfonie-Orchester-Stuttgart, Duo Ensemble Variabile and for the Filmorchester Babelsberg.